Selective Focus will allow you to make more visually interesting photos by directing viewer attention to the most important focal point or subject within the scene.

Selective focus is a great technique to use when you find yourself photographing scenes with lots of similar looking subject matter.

At such times it’s important to be able to separate your primary subject or subjects from the rest of the scene.

Selective Focus, a powerful technique for the creative photographer, can help you do just that.

When I made the image of the King penguins on South Georgia Island I knew I needed to focus my camera on the pair of penguins in the foreground and then employ a very shallow depth of field to blur their surroundings.

By doing so I would be able to provide a sense of visual separation between my two hero King penguins and the rest of the penguins, grouped into a series of waddles, behind them.

There’s a lot of penguins in this image, all of whom could be considered as potentially competing subject matter. If the whole image was sharp it would be hard for the viewer to know where to look.

To produce a successful image I needed to direct viewer attention to the most important focal points within the photographic frame.

Selective Focus is the technique that allowed me to do so. 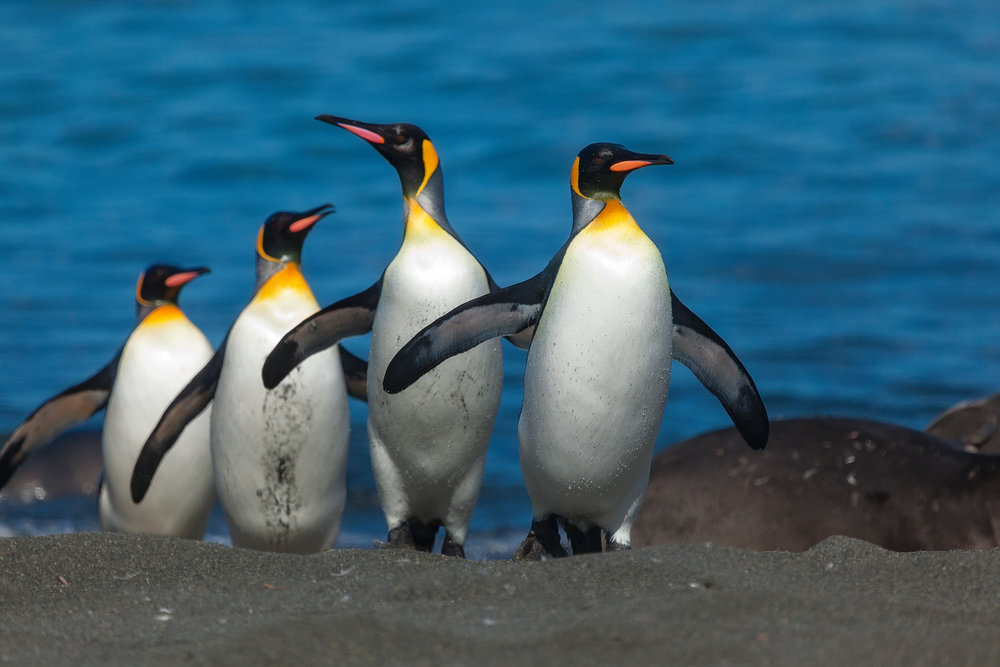 That’s exactly the situation I found myself in after disembarking, from an inflatable zodiac, on the coast of South Georgia Island in the remote waters of the southern Atlantic Ocean.

Their behavior is so interesting and so humorous that even a quick viewing experience will provide the intrepid traveller with interesting insights into animal biology.

Here’s a post I found online with loads of really interesting facts about King penguins. 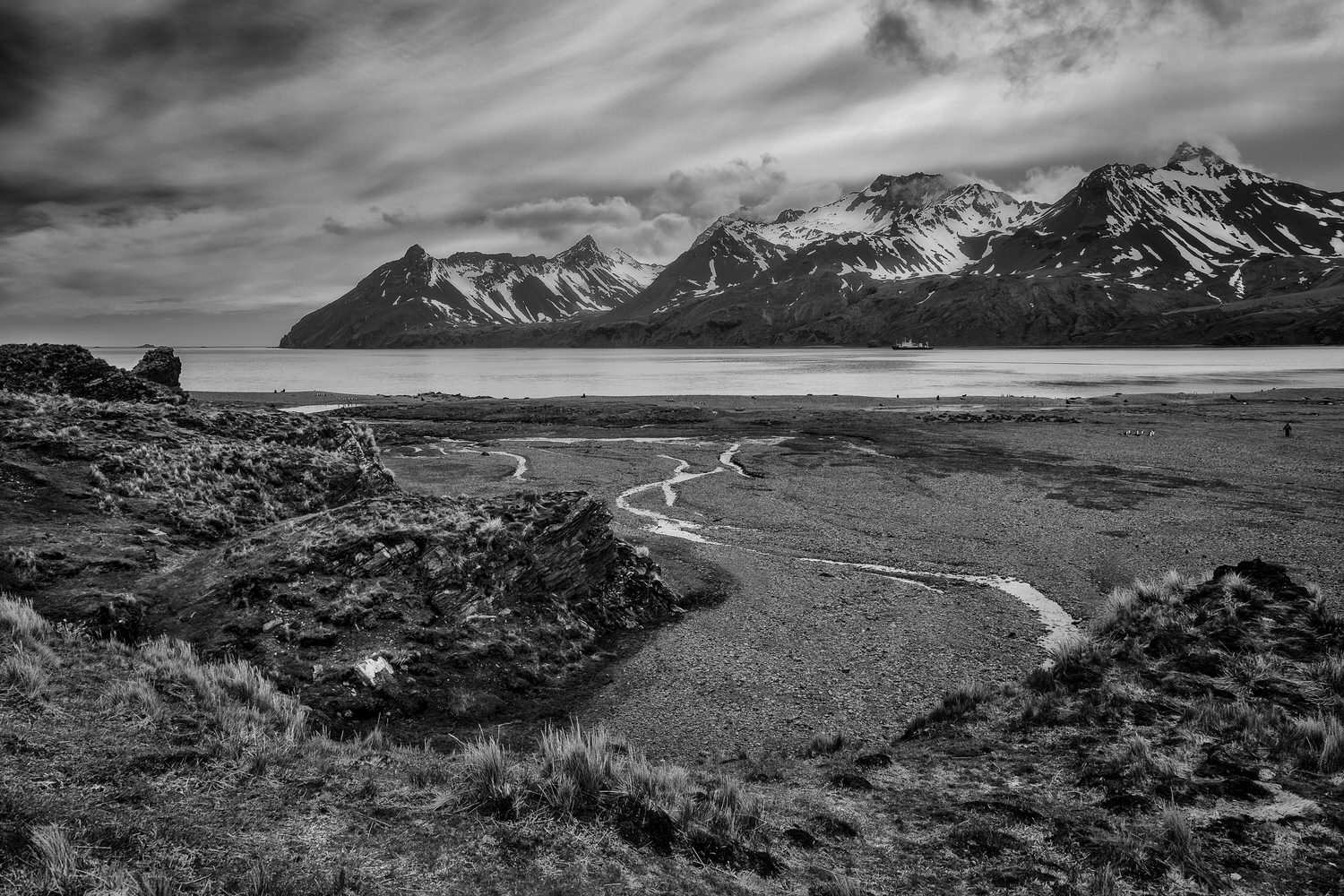 An overview, towards the beach, from an elevated vantage point on South Georgia Island. This image is a great example of a large depth of field.

In fact Selective Focus in photography works much the same way the human eye does.

Let’s take this black and white photo overlooking stony ground and distant mountains on South Georgia Island as a case in point.

As I understand it, and speaking in a very unscientific way, when we look at a scene our eyes scan it and focus upon individual elements that draw our attention.

As those elements are often different distances away it’s only possible to focus (i.e., measure distance) on one of them at any particular time.

We then produce an image in our mind that assembles individually focused elements, from a range of visual snapshots, into a single memory where everything in the scene is rendered relatively sharp.

The amazing thing is that this process of constructing a visual impression of the world around us is going on, continuously, as we navigate our way around our home, office and other environments.

So what we perceive as a landscape, with lots of sharply defined detail from foreground to background, is a kind of fiction.

What we believe we see is a kind of montage, made from a combination of individual images, where the eye focuses at a range of distances and the brain assembles those images into a single memory of the world around us.

By the way our eyes and brain also work together to compensate for significant differences in relative brightness within the scene.

As a single picture recorded by your camera can’t do this it’s common for photos, made under high dynamic range conditions, to display overly dark shadows and/or burnt out highlights. 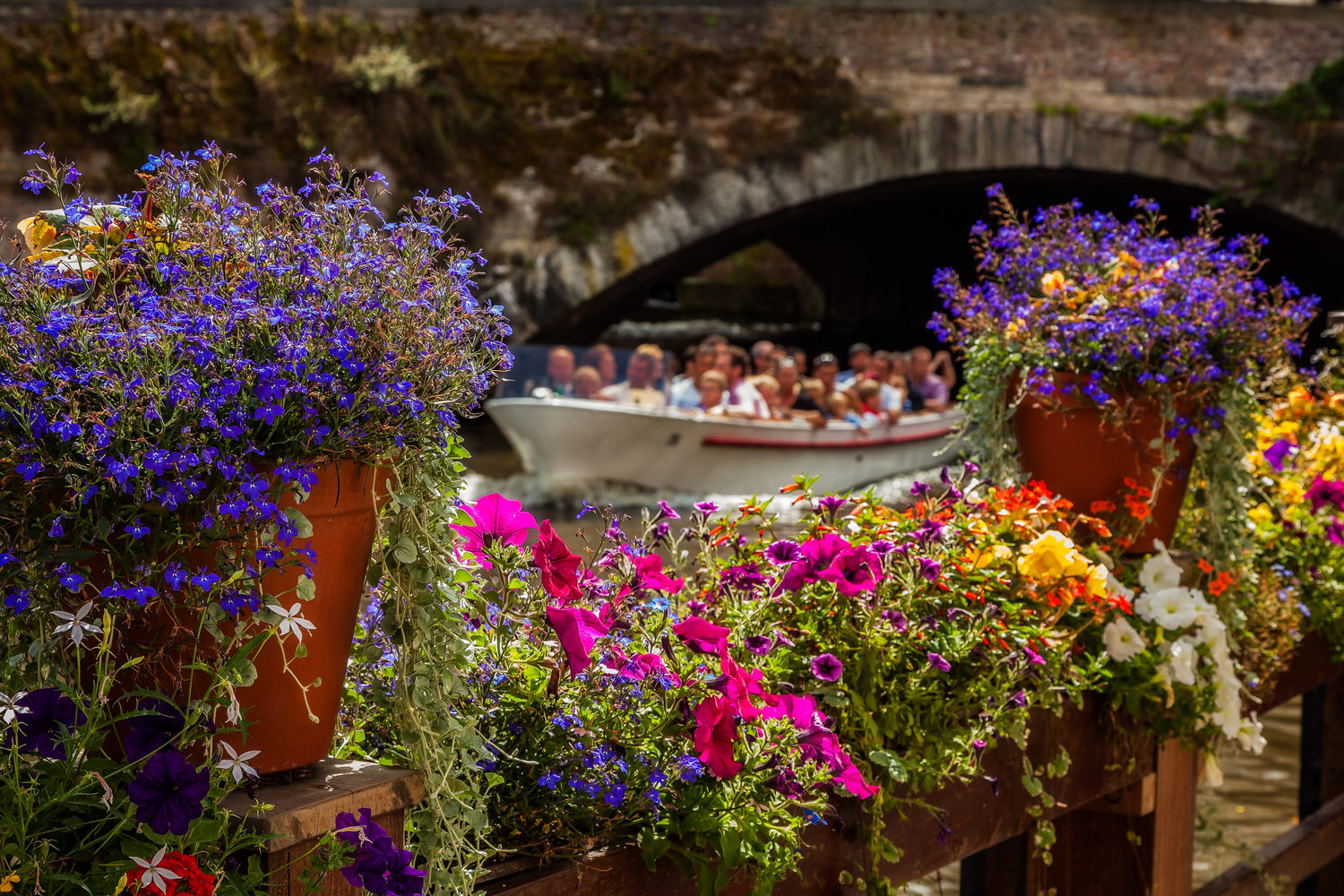 Where To Use Selective Focus

Penguins not doing it for you? Here are a few more examples of where selective focus can be used to direct the viewer’s attention to exactly where you want them to look.

A more compelling image often results by separating the subject from their surroundings through the use of selective focus.

We’ve defined what Selective Focus is and the kind of photos that are well suited to this important photography technique.

Here's how to apply Selective Focus in your own photography.

In addition there are several things you can do to heighten the visual separation between a sharply defined subject and an out of focus background.

Selective Focus And The Human Brain

Try to remember that you're using a shallow depth of field to separate your point of focus (i.e., subject) from potentially competing subjects and to direct the viewer's attention to the actual subject of your photo.

It’s perfectly natural for the viewer’s eyes to wander around the photo.

However, while out of focus areas can be soothing and provide a mental release for the mind in our detail rich world, we seem to be programmed to search for sharply defined detail.

Even though the viewer’s attention may wander, momentarily, around the image they’ll always return and linger longer on the actual point of focus in your photo.

And that, of course, is the whole point of the exercise. 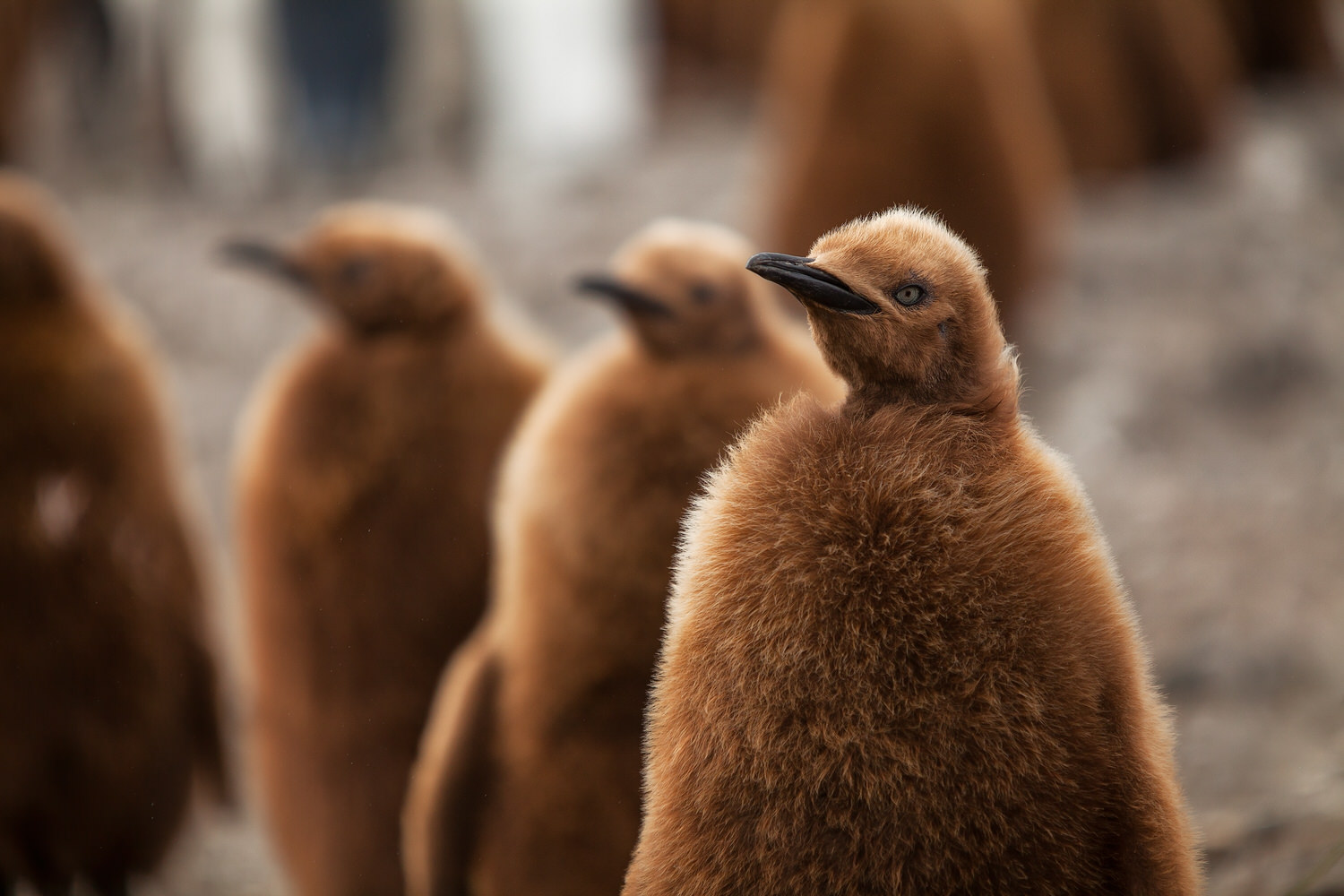 Hungry King penguin chicks, awaiting the return of their parents, on the beach near Salisbury Plain on South Georgia Island. A shallow depth of field encourages the viewers attention back to the primary subject.

Selective Focus is one of those simple photography techniques that can make a big difference in separating a good image from the rest of the pack.

See how easily your eye is drawn to the King penguin chick in the foreground on the beach near Salisbury Plain on South Georgia Island.

Selective Focus is a great technique that can really add the wow factor to many of your best images.

I recommend you try out Selective Focus the next time your composition includes competing elements within the photographic frame.