Have you ever wondered how to get your photography published? Well, it’s both easier and less financially rewarding than was the case in days gone by. The incredible democratization of photography that has occurred through digital photography and the internet has led to tens of millions of people being involved in photography in a way that was not possible back in the days of film-based photography. Let’s look at some of the more positive aspects of this revolution.

Once the camera and memory card has been purchased there are, theoretically, no extra costs involved with making photos. Naturally, you have to store those photos, but the price, availability and capacity of external hard drives is such that it must now be cheaper to store digital photos than it would be a similar number of photographic prints in traditional albums.

You never have to buy film and processing again. How significant is this fact? I worked for Kodak (Australasia) Pty Ltd for eight years. I started there, on the factory floor, in 1990 when Kodak was a (USD) 20 billion company (the Apple of their day, some might say) with over 130,000 employees worldwide. Back then Kodak even owned Sterling Winthrop, the manufactures of Panadol.

I worked hard during my eight year tenure and progressed from blue collar factory worker, through various customer service and technical specialist positions, to become the Product Manager in the Professional Imaging Division.

Film was the great cash cow for Kodak, being highly profitable and driving sales for photographic paper and associated chemicals. But, as a direct result of the digital photography revolution, those days are long gone and that once great company is but a shell of its former self.

Have no doubt that with just a few hours of quality, targeted tuition you’ll be able to avoid many of the disappointments experienced by film-based photographers without the aid of immediate image feedback on their camera’s LCD screen. Just remember that, having that feedback is one thing, but knowing how to act on it is another thing entirely.

Not only is your camera there to record the events that help shape your life, it also has the capacity to process those images for you. So, for folks using their DSLR camera on JPEG mode (which, in my opinion, is what the vast majority of photographers should be doing), their camera becomes both recorder and photo lab. Amazing!

You can, of course, significantly improve your photos on the desktop. But the point is that each of your photos has already been processed, to a pretty decent standard, by the time it reaches the memory card. And, for most folks, that’s an advantage that cannot be overstated.

The World Has Become Your Audience

It’s hard to imagine life without the internet. While I’m rarely excited by incoming emails, the opportunity to share our thoughts and photos with the world has certainly changed my life. I have a whole new audience for my work, which has led to a significantly expanded range of creative and commercial opportunities.

Of course, while the ongoing need to improve and share one’s work with an ever larger audience is important to most artists, the initial struggle to grasp new technologies, techniques and workflows has been a major impediment to many.

Personally, I found this to be an incredibly difficult road, particularly as the digital revolution reached me well into my photography career. In fact I didn’t use a computer until I was in my mid twenties. Since then I’ve spent tens of thousands of dollars over the years on cameras and computers, not to mention travel, and I don’t even want to think about all the hours I’ve invested in education, both formal and self taught.

The Proof And The Pudding

The most recent and obvious extension of this effort has been the creation and upkeep of this very site which, if you consider the hundreds of regular blog posts I’ve produced, means I must have invested several thousand hours into this grand endeavor. But this site is, primarily, a labor of love that has allowed me to keep up to date with emerging technologies and trends and, as a consequence, stay relevant to the needs of my students.

The good news, thankfully, is that any ongoing study is now much easier. My ability to absorb and act upon new information is far easier than it was in those early transitional days into the world of digital photography. Although, as in all things, practice makes perfect. Software has become far more intuitive and computers far faster and more reliable. Likewise, internet speeds are keeping up with my needs. Although, of course, I’d like them to be faster.

A Slave To Love

Back in the day working in the darkroom was seen to be the natural extension for the artist photographer. Today the desktop has completely replaced the darkroom in my artistic workflow. It’s quicker, healthier and far more efficient. I just have to remember to get up and move. And, just like the digital camera, once you have a computer and sufficient storage space for your photos, there are no ongoing costs associated with the processing of those photos. 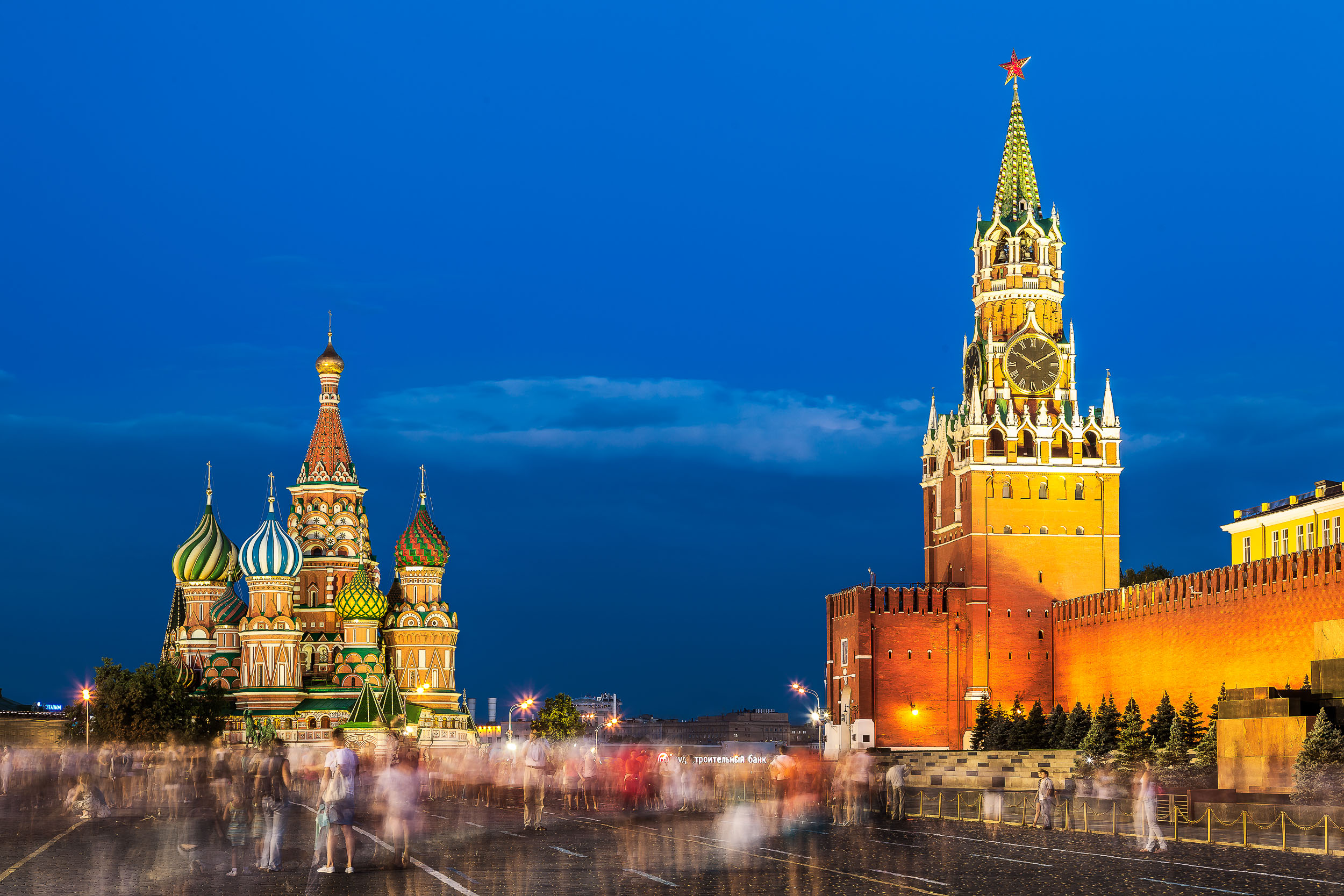 The crowd moves silently through the spectacular Red Square in Moscow, Russia on a balmy summer evening flanked by the magnificence of St. Basil's Cathedral and the Kremlin.

Which Horse Do You Ride?

It’s true that, for folks like me, more than one computer is required. I need the power of a desktop computer and larger monitor for some of the serious image processing I conduct, and much of the online teaching I'm now involved in, as well as the portability of a laptop for travel and off-site teaching. But, for most folks, a single computer more than meets their needs.

No Longer The Great Unknown

Over coming months much of my attention will be based upon systems and workflow so that I will be able to produce and share even more of my photography, over multiply media platforms, in a more timely manner.

Naturally, whatever I learn I can teach. Because I’ve spent so long in the trenches I truly understand how frustrating photography and it’s associated technologies can be for the enthusiast.

It’s a great feeling to know that all those years of struggle are largely behind me, that something of consequence (this very site) has resulted and that I’m able to share what I’ve learned with many, many thousands of folks worldwide.

Everything I teach is based on the premise that photography must be experience based. It must allow us to be in the moment, free from the restrictions of technology, in such a way that allows our creativity to bloom. That approach, and my ability to explain seemingly complex subjects in simple and actionable language, is what makes me a great teacher. There, I’ve said it.

Tips for This Summer’s Beach Photography

Temperatures are rising and summer is on its way. If you are a photographer, you’ll probably be heading to the beach ...
Read More

How to Find the Best Locations for Your Photo Shoots

Finding a good location for your photos is contingent on several factors. The most obvious is finding a place that lo...
Read More

Looking to take your photography to the next level? Entering a competition may be the way to do it.   A photography ...
Read More
Product has been added to your wishlist.
You can view your wishlist by creating or login account.
Please create account through ##customer_email## email
Login Register
×
Welcome Newcomer