The culture of the American road has been much celebrated — and much criticized. Lawrence Ferlinghetti saw the rise of the automobile and the construction of the interstate system (which began in the 1950s) as a new form of punishment inflicted on the populace. Driving in their cars, “strung-out citizens” were now

on a concrete continent

The architectural critic and photographer John Margolies (1940–2016), on the other hand, saw there could also be home-made beauty in the buildings and signs locals built on the American roadside. For almost forty years, he documented the most remarkable examples he found, publishing some of his discoveries in books and consigning the rest to an archive, which has now been purchased by the Library of Congress who, in a wonderfully gracious move, have lifted all copyright restrictions on the photographs (though art works shown in some photographs may still be under copyright).

Readers of Ferlinghetti would not be surprised to see Margolies’ archive offer up no end of "false windmills" and "demented roosters". 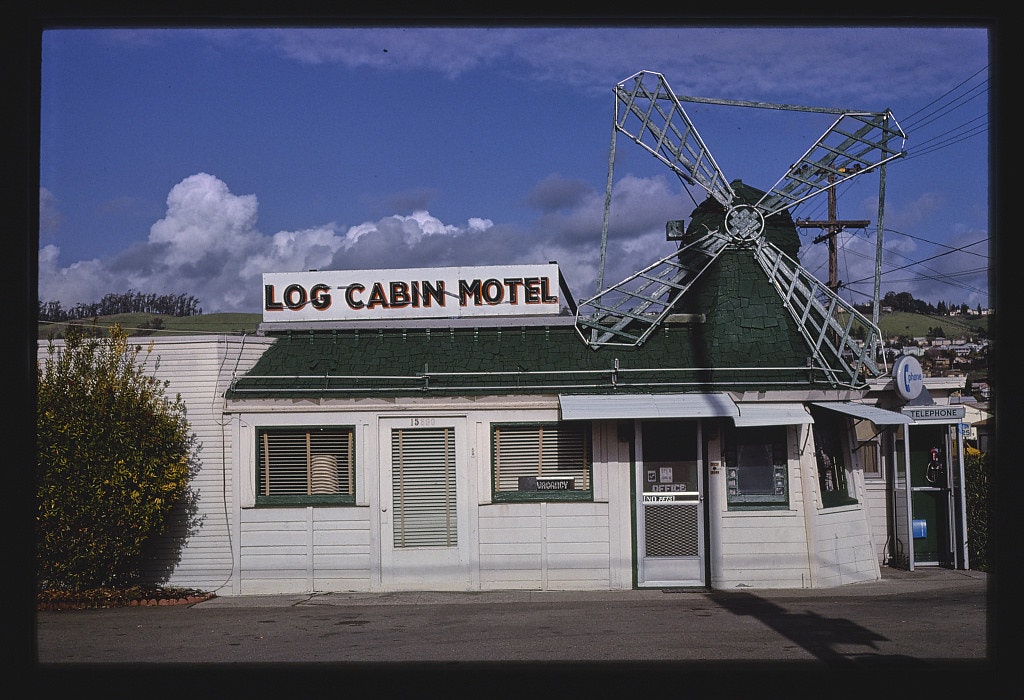 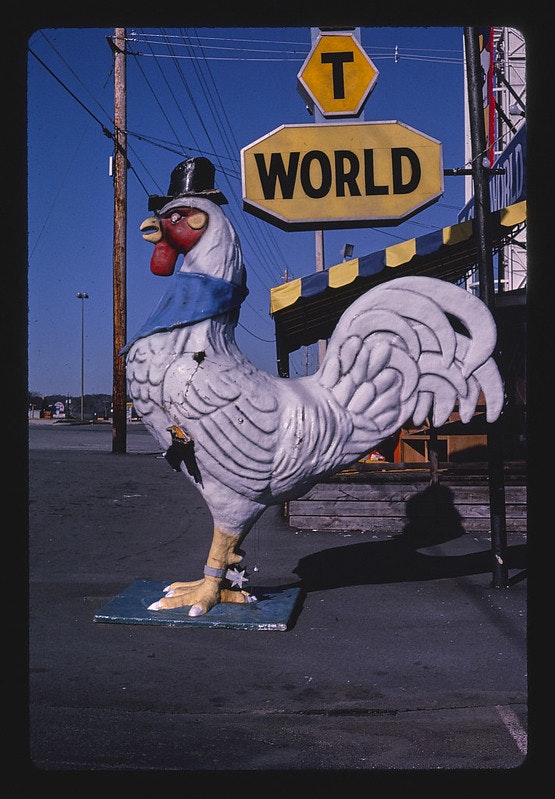 But the billboards he preferred to photograph illustrated relatively humble "illusions of happiness"". 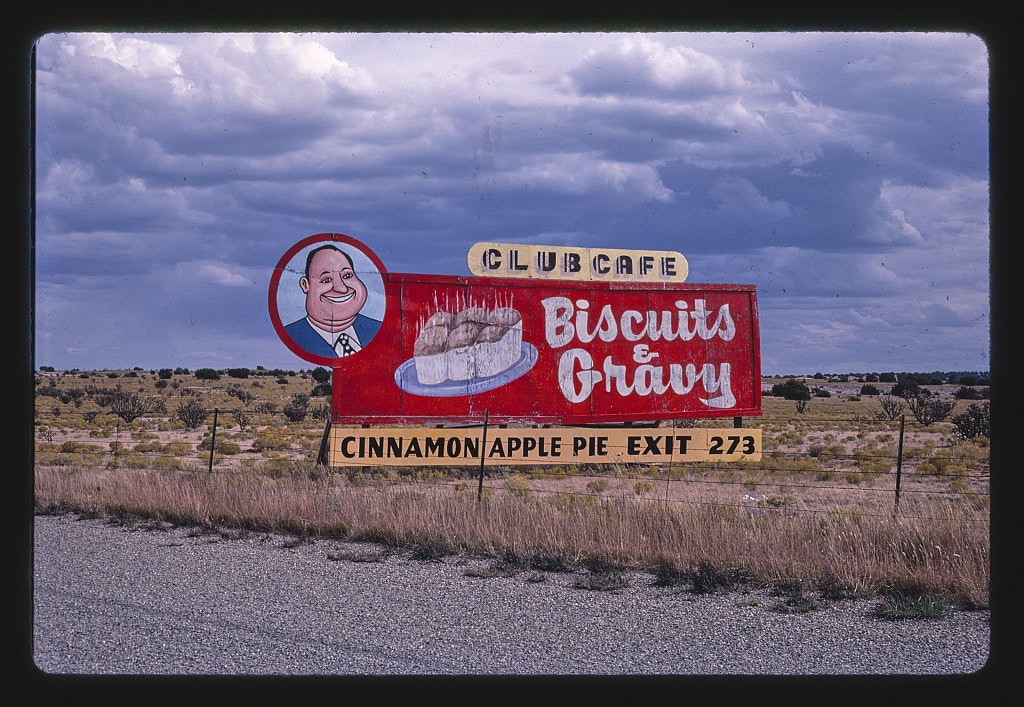 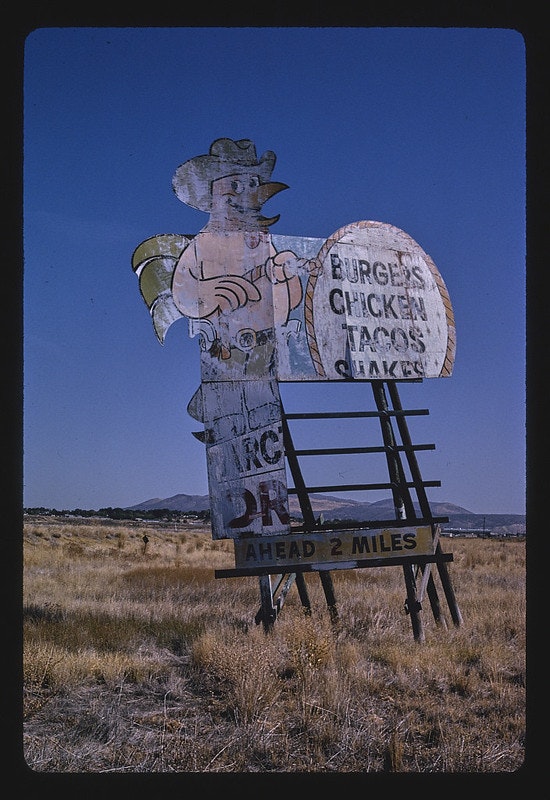 He also found no shortage of signs graced with attention-grabbing, groan-inducing puns. 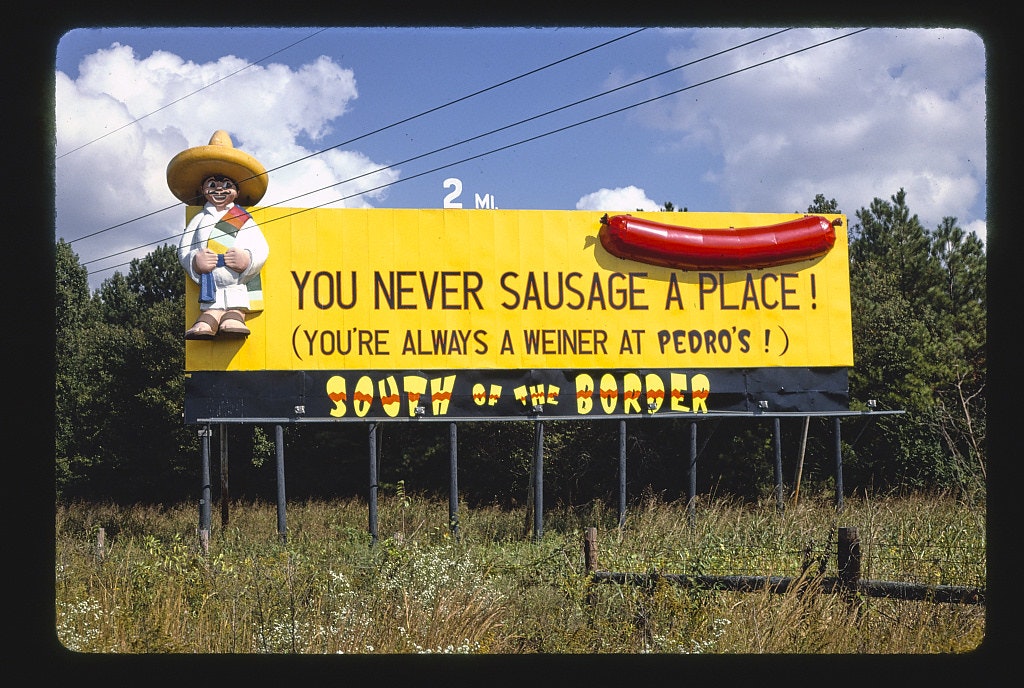 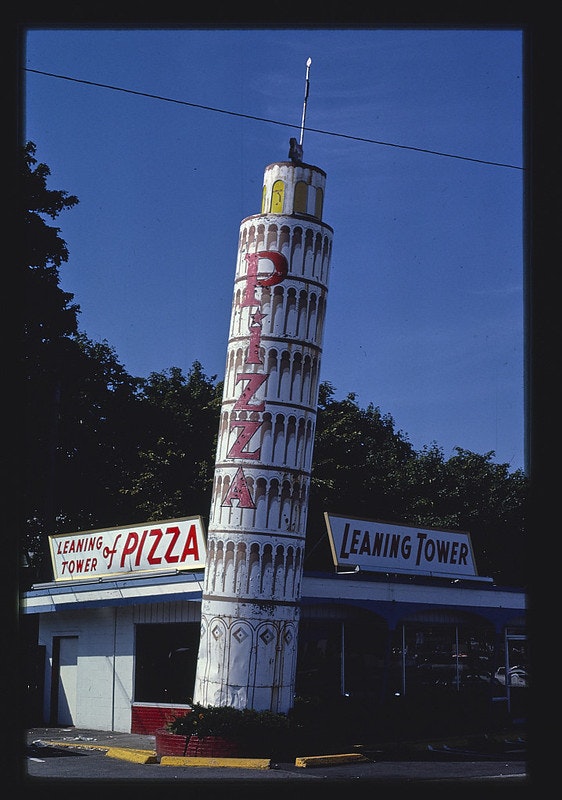 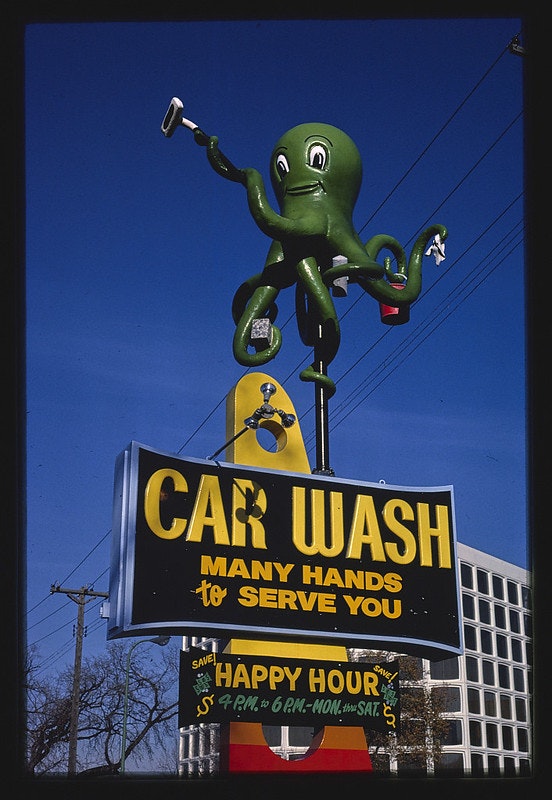 Probably one of his favorite roadside phenomena to document, however, were novelty buildings. He especially liked structures that mimicked their own shape or function, whether this was as witty as a car wash shaped like a whale or as uncomplicated as a coffeehouse shaped like a coffeepot. 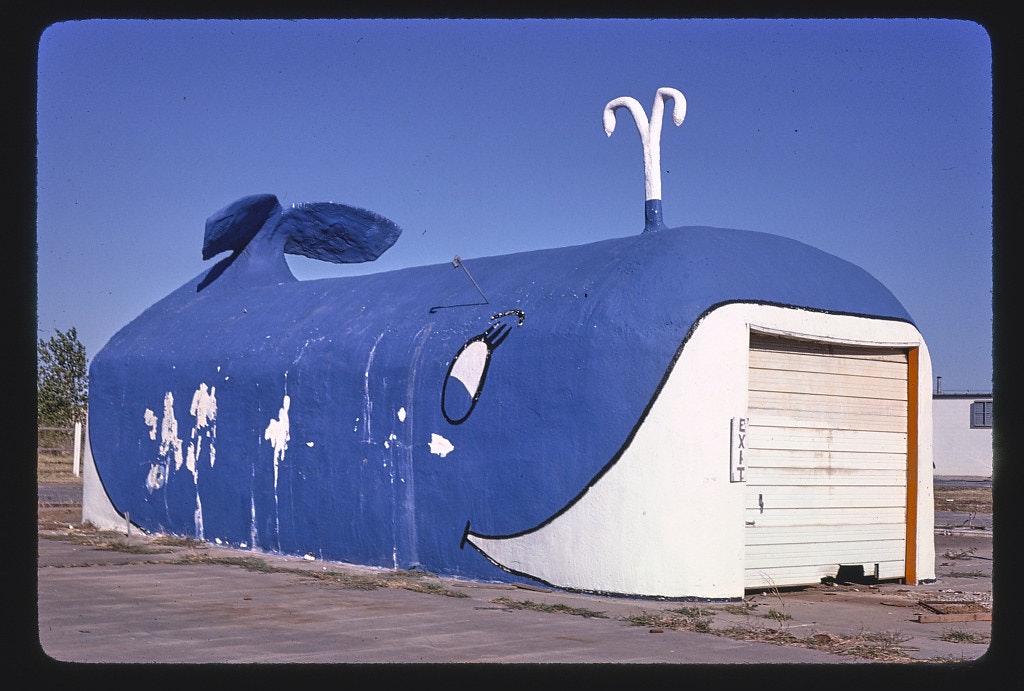 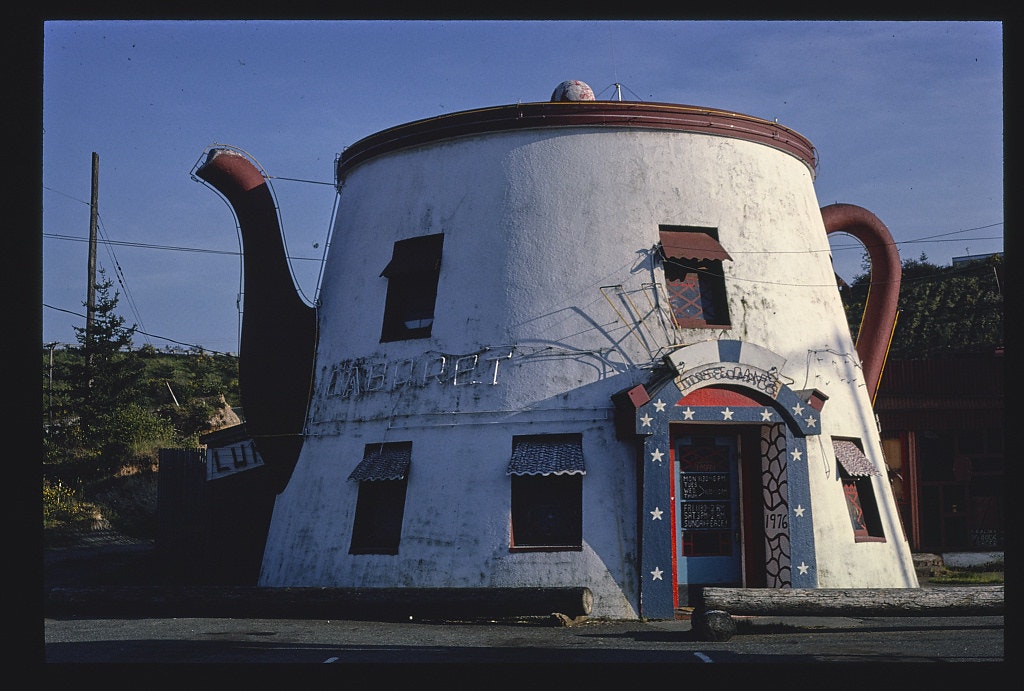 Almost all of Margolies’ work was done in the interest of preserving images of what would otherwise be lost to time. Even his first book, published in 1981, was elegiacally called The End of the Road: Vanishing Highway Architecture in America. From the start, Margolies knew the quirky motels, miniature golf courses, diners, billboards, and gas stations were being endangered by franchising and changing fashions — not to mention changing patterns of automobile traffic. (For decades now, most drivers have, of course, opted for the high speed-limits of superhighways and the convenience of service areas, leaving the old local highways in the lurch.)

Today, this collection of Marogolies’ photographs offers an invaluable tour of the diverse vernacular architecture and signage of North America. Some of these wonders remain, while others have gone the way of the dinosaur — which, as it happens, remains one of the American roadside’s most frequent denizens. 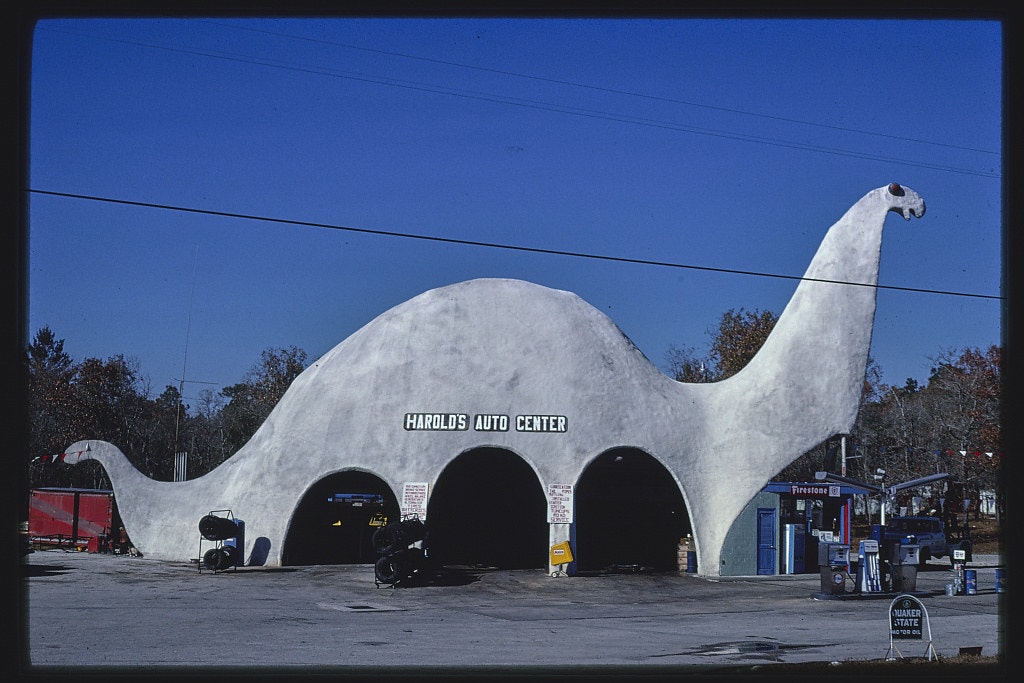 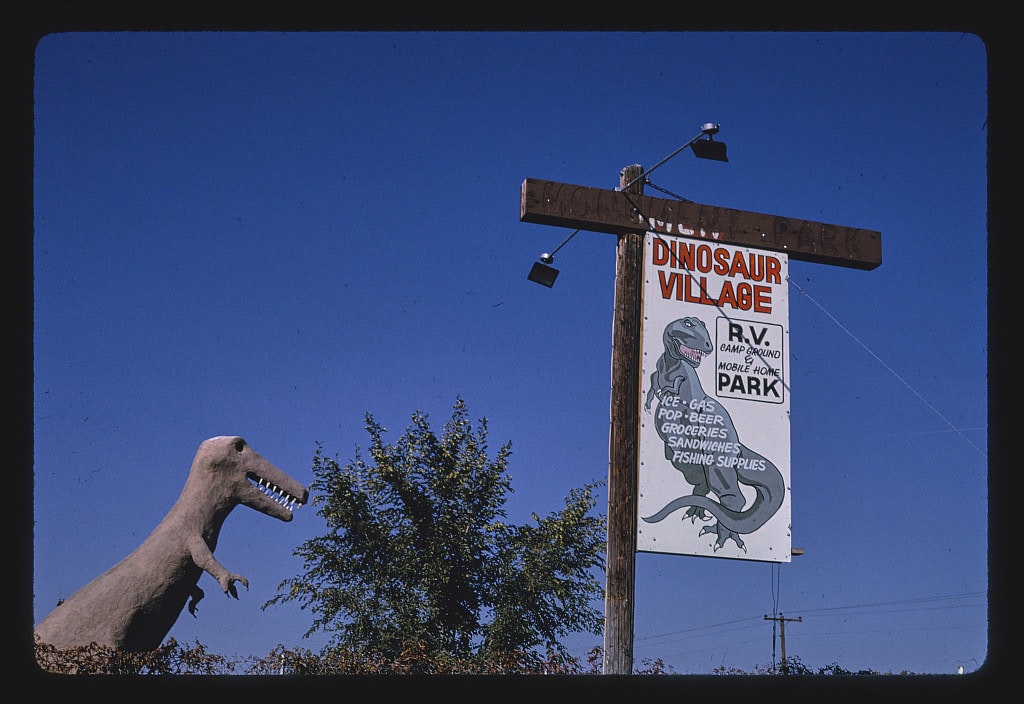 You can view all 11,710 of the colour slides in hi-res digitisations on the Library of Congress, and also a slightly lower-res but easy-to-browse selection of 1,555 (from which we chose the highlights in this post) on Flickr: The Commons.

With a long-time obsession with royalty and titles like Queen and Duchess, Americans are familiar with government pos...
Read More
Product has been added to your wishlist.
You can view your wishlist by creating or login account.
Please create account through ##customer_email## email
Login Register
×
Welcome Newcomer