This is a really straightforward photo. I made it, primarily, as a teaching aid to help explain the importance of the relationship between foreground and background in our photos. Here are some quick examples to further explore this topic.

Touring Antarctica on the Aurora Expedition's Polar Pioneer is made all the more fun with lovable penguins in the foreground.

Tell A Great Story And Engage Your Audience

People add a narrative to the scene and, as a consequence, help us tell a story.

Can I suggest that all stories are, ultimately, about people. And that includes stories about dolphins, forests, architecture, religion and micro organisms. It is the people involved with those subjects (whether they nurture, harvest, preserve or consumer them) that's the key component in exciting audience interest. 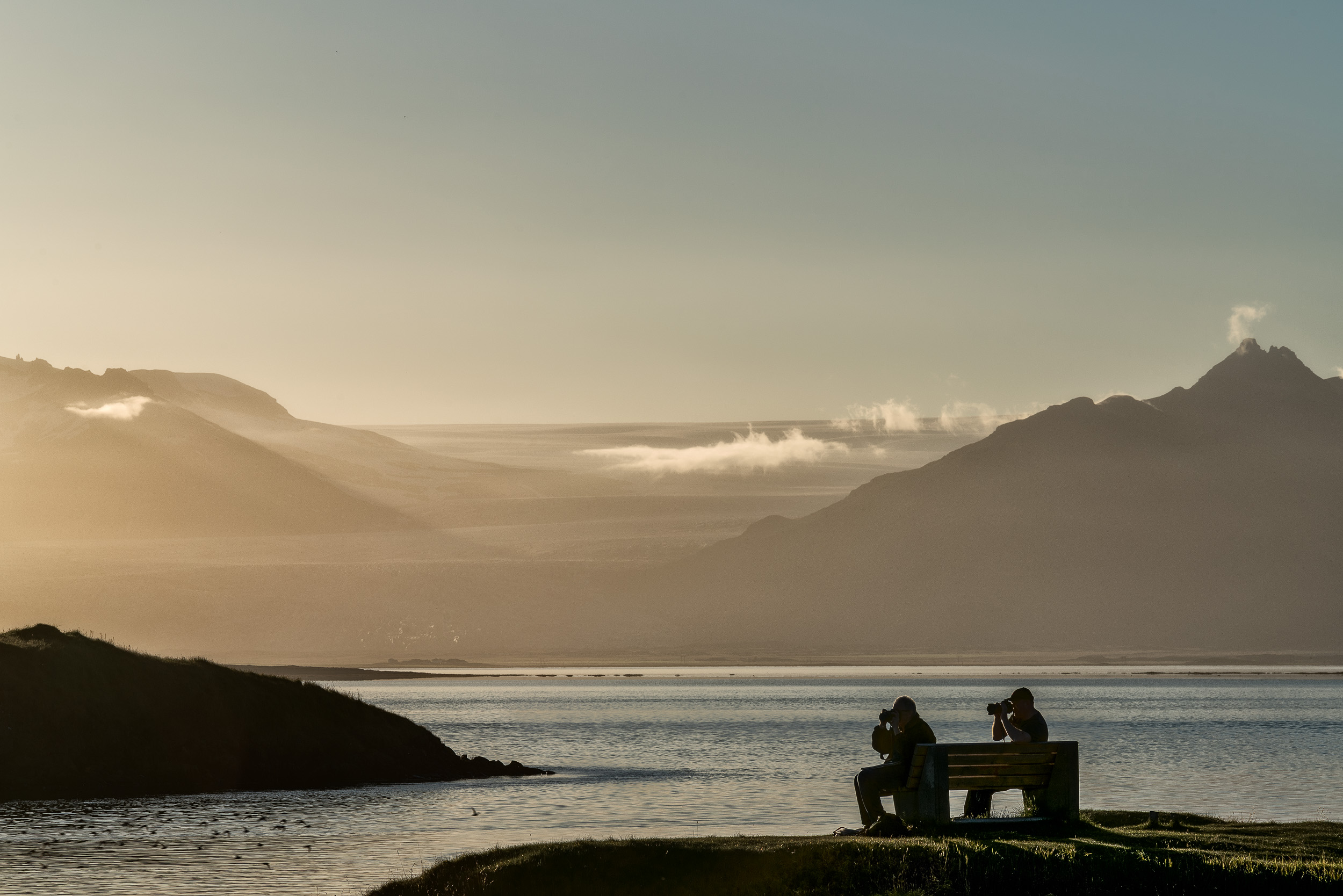 Use Scale For More Dramatic Photos

People add a sense of scale and literally humanize an image. I'd go further and say that, when the people appear to be a couple, the viewer is likely to connect with them and the location in an emotive manner.

Imagine they're holding hands and its sunset. If you're thinking of a holiday to the location depicted you might, subconsciously, begin to see you and your partner in that same place, at the same time of day sharing just such a moment. Wow! Photography really is a powerful form of communication.

In the above photo two enthusiast photographers, Tony Pepper and Tony Jackson, are demonstrating one of the more leisurely approaches to landscape photography. I made this candid image just before dinner on my most recent Iceland Photography Tour. Both Tony's are fantastic blokes and we had a lot of fun exploring Iceland together. 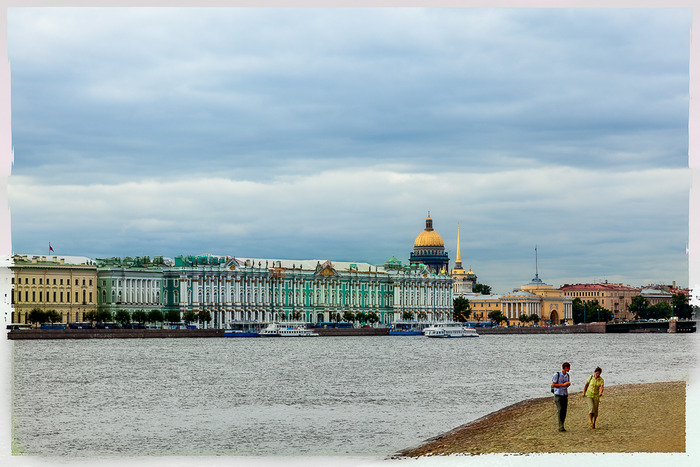 Two people walking by the Neva River with the historical city of St. Petersburg, Russia behind

How To Bring A Sense Of Nostalgia To Your Photos

In case you were wondering I've included another version of this photo, which I've processed to give it the look of an old, peel away, polaroid photo from days gone by. One of my first professional jobs, way back in the very early 80's, was to photograph a couple of stars from an Australian TV series called Prisoner. The idea was for fans to line up next to one or both of the stars, have their pic made and walk away, photo in hand, about 90 seconds later.

The camera used, if memory serves me right, was the Polaroid 600SE and the film Polaroid Type 108 color. You got 10 sheets per pack and, for its time, it was expensive. As was the camera, which I bought with two interchangeable lenses.

West Virginia is perhaps best known for its scenic mountain vistas, unrivalled outdoor activities, and some of the wa...
Read More

We all have a sentimental side. Personally, I am always looking into the past. I often drift into a daydream, wonderi...
Read More

Color balance is a fundamental aspect of photography. It's amazing how mastering color balance improves your photos. ...
Read More
Product has been added to your wishlist.
You can view your wishlist by creating or login account.
Please create account through ##customer_email## email
Login Register
×
Welcome Newcomer