The notion of a frame within a frame is an important element of composition for the creative photographer.

Color, shape, line, texture and rhythm are amongst the other most widely known elements of composition.

This photo of a stairwell leading up to the top of the Arc de Triomphe in Paris, France features all of these elements of composition, albeit with a touch of color subtly applied to the black and white image, plus one more.

A Frame Within A Frame

A great way to concentrate viewer attention is via the compositional technique known as a frame within a frame.

The technique is often employed to direct the eye towards the primary subject, or to a point inside the image, through the creation of an inner frame within the larger composition.

As is evident in the photo above, this technique can also be used to produce a more 3-dimensional result, adding a greater sense of depth and space to the image.

In some cases the frame within a frame technique can be employed to suggest a more mystical or spiritual end to a journey. 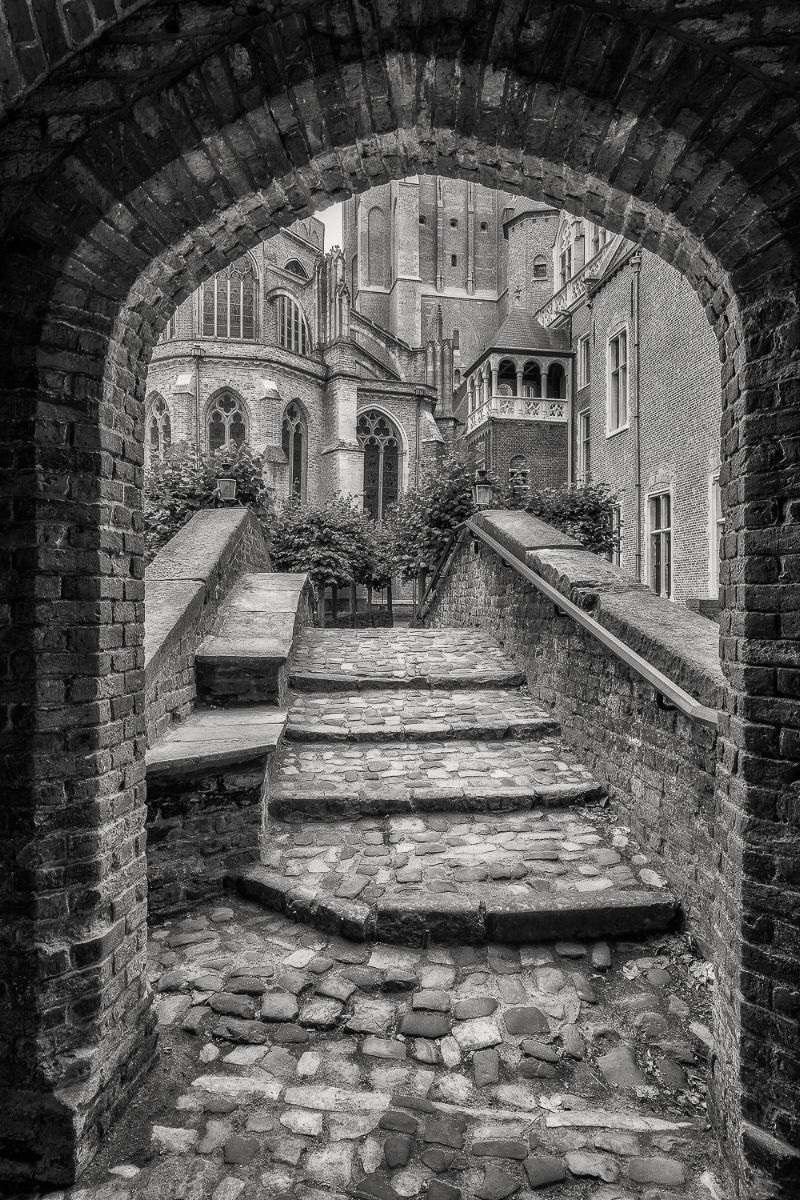 A classic view looking through an archway onto a bridge and onwards towards historic buildings in Bruges, Belgium.

Make Photography Technique Your Own

While interesting reading it's important to make a point of incorporating the concept of a frame within a frame into some of your own photographs.

And the sooner you do it the more likely you'll be to remember it. Right!

The image of the brick archway framing the pathway is in fact the entrance to a bridge in the historic town of Bruges in the western Flanders region of Belgium.

The image is dependent upon quite exact framing and, as a result, it was an extremely difficult image to compose.

I used a tripod and a long exposure (i.e., 13 seconds) in the fading light near days end. But the task was made difficult due to the uneven nature of the cobbled pathway I was working on.

No sooner had I set the tripod up and arrived at a pleasing composition than someone would walk into the frame and begin to cross the bridge.

Because of where I was making the photograph from I couldn’t see or hear them coming and, as a consequence, there was no opportunity to ask them to wait until after I’d made my photo.

I had no choice but to move my tripod and allow them to cross over the bridge unimpeded, prior to carefully moving my tripod back into position for another attempt.

Eventually I made the image and I’m really happy that my patience was rewarded with a result with which I’m really very happy. 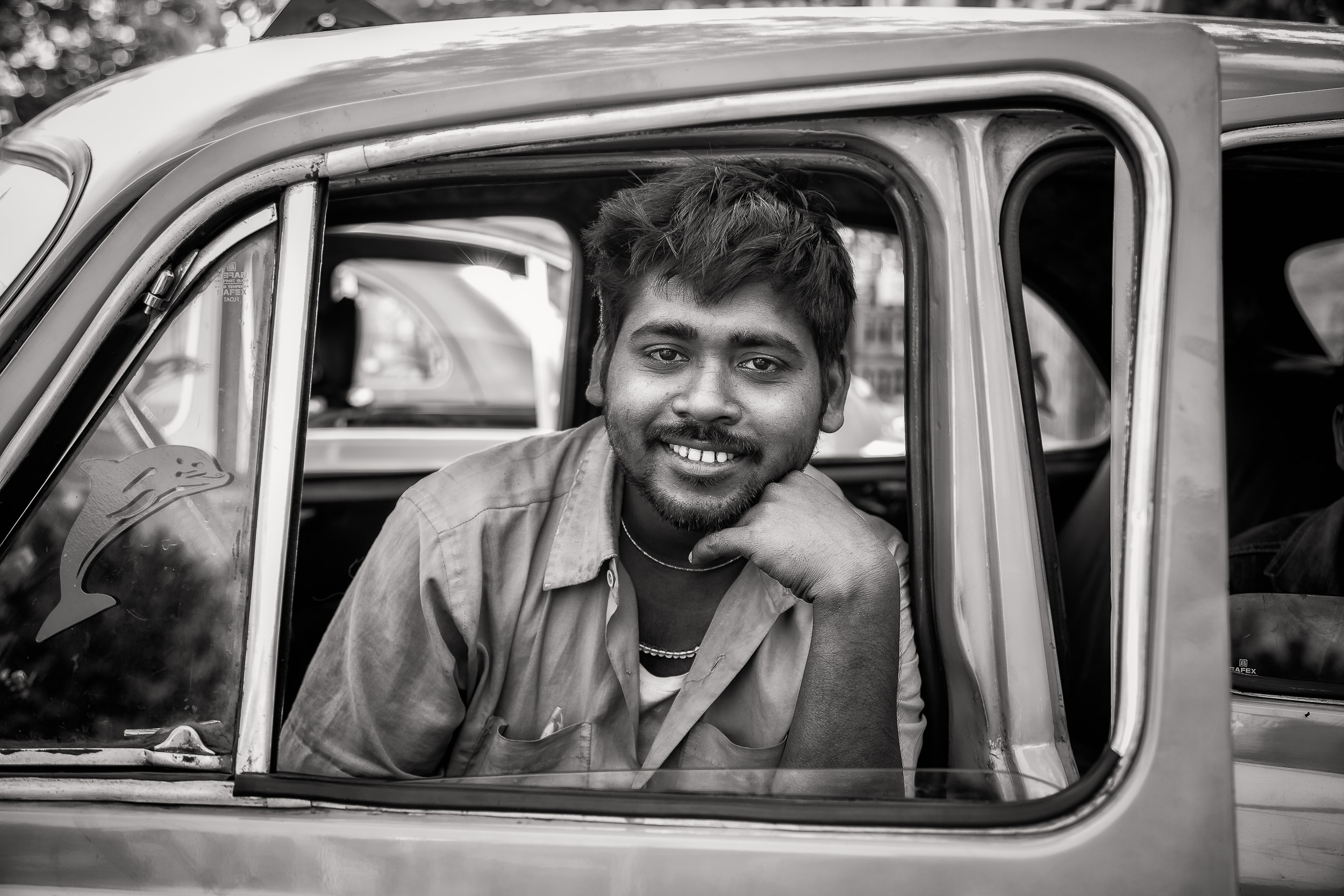 The above portrait features a taxi driver, in his taxi, in Kolkata, India. It was a kind of rest station and the driver was being teased by a few of his colleagues who were very much enjoying the process of watching their friend being photographed.

You can see how I’ve positioned him, side on to the windscreen, and framed by an open window.

The taxi was a bright yellow color and he was wearing a blue shirt.

While that particular color combination would have made for quite a dynamic image, I much prefer the more subtle result I’ve achieved through the black and white rendering of the original color image.

For a start I didn’t want the image to be about color. I wanted attention placed on the driver’s face.

I also wanted to produce an atmospheric image more in line with the sombre, aged beauty that is Kolkata.

Kolkata is a city where the vestiges of the British Empire, evident in major buildings and monuments, are in a state of decay.

It’s beautiful, but it’s not the kind of beauty you’d expect to see in a city like New York or Osaka.

The notion of a frame within a frame is a very simple technique that can be used to draw attention to your primary subject or the theme being explored in your photo.

I encourage you to explore this and other elements of composition on a regular basis. It’s one sure way to improve your photography.

Minimalist photography offers interesting opportunities when it comes to making photos that are strong in composition...
Read More

Truth And Reality In Photography

The concepts of truth and reality in photography encourage investigation and critical thinking amongst fine art photo...
Read More

Aspens in Bow Valley by Schmidt